Yesterday, President Trump announced big changes regarding immigration processes that according to him will “lead to more humane conditions” for asylum-seeking families and children. But would be? Fact is, taking away the 20 days time limit restriction will do more harm than good because it will undermine access to legal counsel due to the isolation or transfer to other facilities, violate due process rights, jeopardize basic health, the overall safety of detainees, and traumatize children. 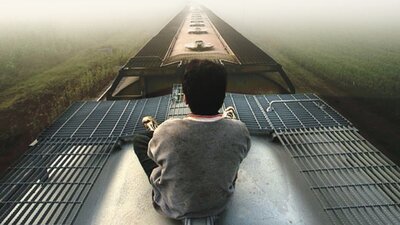 It is not about cutting off “pull factors for illegal immigration” as Secretary Kirstjen Nielsen states, it is about tackling push factors, is about improving the livelihood of women and children in Honduras, El Salvador, and Guatemala guaranteeing the rule of law, consolidating gender equality in communities, and creating effective non-violent mechanisms to resolve conflicts, transforming root causes for those who are fleeing violence and being pushed out of their homes, not about creating deterrents that will make the journey a more dangerous one.

What is the Flores Settlement?

The Flores Settlement Agreement (1997) compels the U.S. government to transfer minors from border jails into state-licensed facilities as expeditiously as possible; in 2015 court ruled that officials could not hold children in unlicensed facilities for more than 20 days, the time the government said it needed to process their cases.

The argument the Trump administration makes is that the current immigration system, specifically the Flores settlement, helps fuel human trafficking coming across the southern border.

“The driving factor for this crisis is weakness in our legal framework for immigration. Human smugglers advertise, and intending migrants know well that even if they cross the border illegally, arriving at our border with a child has meant that they will be released into the United States to wait for court proceedings that could take five years or more.” – Kevin McAleenan

Mr. McAleenan is right and wrong at the same time, he has a real point the U.S. immigration system doesn’t respond to the needs and problems of modern times; with its static quotas, bans to specific nationalities, strict requirements for current residents, and the burden for immigrants to find a sponsor; the current immigration policies enable trafficking, and until is fixed we will continue to see it. However, he is wrong regarding the use of children as pawns for illegal crossing, since there is no such evidence for that claim, the children at the immigration detention centers either came unaccompanied or with a family member.

Fact is, asylum seekers are fleeing their home countries in Central America because of sexual assault, domestic violence, gang-related violence, and extreme poverty, they need legal counsel, due processes, safety, and be treated with dignity, not criminalized.

More on this topic

“For the government to be attempting to strip children and families of these protections leaves the door wide open for abuses and poor treatment during the pendency of their case.” -Wendy Young. President of KIND

“There is no way we can trust that the same administration that let six children die under its watch, and argued that kids don’t need basic necessities like soap and toothbrushes, is capable of regulating itself.” -Jess Morales Rocketto, chair of Families Belong Together

The story of a boy’s dangerous trip from Honduras to the United States.